Daniel Golden is a senior editor at ProPublica, a non-profit website for investigative reporting. His latest book, Spy Schools: How The CIA, FBI, and Foreign Intelligence Secretly Exploit America's Universities, was published by Henry Holt in October 2017. Famed spy novelist John Le Carré called it "timely and shocking." Some annoyed college administrators have called Golden a muckraker, or a gadfly. Both are labels he wears with pride.

Before joining ProPublica in October 2016, Golden worked as managing editor for education and enterprise at Bloomberg News. There he edited a series about tax inversions--companies moving headquarters overseas to avoid taxes-- that earned Bloomberg's first-ever Pulitzer Prize in 2015. Golden also won a Pulitzer as a reporter for The Wall Street Journal in 2004 for a series of articles on preferences for children and donors in college admissions. He expanded that series into a critically acclaimed national bestseller, The Price of Admission: How America's Ruling Class Buys Its Way Into Elite Colleges--and Who Gets Left Outside the Gates, which the Washington Post selected as one of the best non-fiction books of 2006. It has recently drawn renewed attention because of its disclosure that Jared Kushner was admitted to Harvard after his father pledged $2.5 million to the university. ProPublica: The Story Behind Jared Kushner’s Curious Acceptance into Harvard. Golden is also a co-author of "Affirmative Action for the Rich: Legacy Preferences in College Admissions" (Century Foundation Press 2010).

Prior to The Wall Street Journal, Golden spent 18 years as a staff reporter at the Boston Globe, including four years on its Spotlight team. He has won numerous honors aside from the Pulitzer, including three George Polk awards, three National Headliner awards, the Sigma Delta Chi award, the New York Press Club Gold Keyboard award, and two Education Writers Association Grand Prizes. Golden won a Gerald Loeb Award and was a Pulitzer finalist in 2011 for a series of Bloomberg articles on for-profit colleges that recruit soldiers, veterans, the homeless, and low-income students, often to leave them with debt and no degree. He won an Overseas Press Club award in 2012 for a magazine feature about a test-prep firm in China that cracked the code of the SAT. 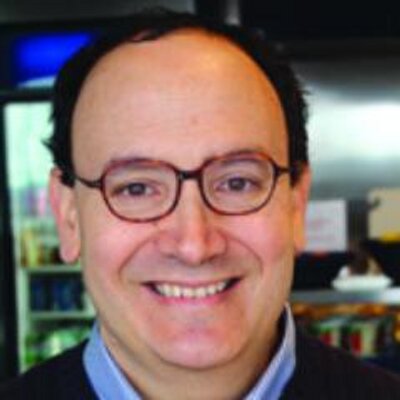 I enjoy writing about higher education because it’s the culture I grew up in. My late parents, Morris and Hilda Golden, were both professors at the University of Massachusetts’ flagship Amherst campus. My father taught English literature, and my mother, sociology. I attended Harvard, so I have an insider’s view of both public and private universities.

Now and again, I take a break from education and dive into other realms, especially sports. In 2012, I detailed for Bloomberg News readers the behind-the-scenes story of the United States basketball team’s controversial loss to the Soviet Union 40 years before in the 1972 Olympic gold-medal game. I also edited Zachary Mider’s series about tax "inversions" – American companies moving headquarters overseas to avoid taxes – that earned Bloomberg’s first, and so far only, Pulitzer Prize in 2015.

When I’m not working, I love spending time with my friends and family, including my wife Kathy, my son Steven, my step-children Sean and Caroline, my five step-grandchildren, and my sister Olivia. I’m a diehard Boston Red Sox fan and season ticket-holder, and root for the Patriots, Celtics and Bruins too.

Thank You! I will be in touch with you shortly.